On Tuesday November 11th we had our second mini conference as part of the four we will attend for our DICE program. The name of the conference was Get mobile and the theme throughout the day was addressed by Dr. Theo Lynn as he launched the conference. The theme of our conference was “how can we make digital content graspable?” and was aimed at how technology should become more human in the future. As always we had a wide variety of interesting speakers including the business innovation platform director in DCU, the Chief Technical Officer and Co-founder of Digifeye, a lecturer and researcher in persuasive computing from DCU, the Irish market leader for Microsoft mobile devices, the information technology consultant for IBM(International Business Machines and, finally, the Chair of the Marketing Mobile Association.

Once again Dr. Theo Lynn opened up our mini conference with his address. For those of you that don’t know Dr. Lynn is the Digital Innovation Platform Director in DCU and also spoke at our Get Social Conference last month. To begin Dr. Lynn gave us the results of a survey carried out by Thinkhouse – a youth communications agency – regarding what types of phones we have and the amount of time we spend on them.

According to the survey 96% of people aged 18-35  own a smart phone and a shocking 60% of those people own an iPhone! It’s easy to see what the most popular phone is these days. Dr. Lynn then went on to talk about the four C’s and the L of mobile which are the main four groups of apps we use. These groups are:

Overall, I found Dr. Lynn’s talk to be incredibly informative and was able to relate personally to many of the statistics he presented us with such as the fact that 98% of us check our phone as soon as we wake up as I check my phone the second I wake up every morning without fail!

Our second speaker of the day was Mark Hughes, the Chief Technical Officer of Digifeye, a discovery and sales platform which turns digital imagery into shoppable content. Throughout his talk Dr. Hughes spoke about their aim to convert browsers into buyers with a great UXP. A UXP is an integrated set of technologies used to provide interaction between a user and a set of applications, processes, content, services or other users. Dr. Hughes then went on to discuss the duchess effect which is they way in which celebrities promote little known brands simply by wearing them in public which I feel explains why businesses are known to send free products to famous people. Overall, I thought Dr. Hughes presentation was incredibly interesting and forward thinking to a degree that it managed to spark excitement in all of the students and guests present at the conference for the future Digifeye.

Our third speaker of the day was Dr. Cathal Gurrin from the DCU school of computing. Dr. Gurrin is a lecturer and researcher in pervasive computing. Dr. Gurrin spoke of the progression of technology because of wearable implants. Dr. Gurrin was a walking example of pervasive computing as he was wearing google glass – the mobile sensing technology that his talk was based on. Dr. Gurrin believes that these devices will become mainstream in 2015. The computer vision and artificial intelligence of the devices understand the user environment allowing them to act as personal lifelogs and surrogate memories – automatically recording everything you do, see or hear creating an accurate picture of an individual. Dr. Gurrin also believes that lifelogging will be possible soon due to advances in sensing, storage and search thus enabling the ‘internet of me’. Personally, I found Dr. Gurrin’s talk to be very interesting as the huge advances that will be made by lifelogging are clear to be seen. The new wearable implants allow us to keep an external memory of our lives which can potentially be vital in alzheimer’s support. This information can be used for product placement and marketing as well as it shows what products we buy and how much we pay for them which acts as fantastic market research and allows companies to find their target market.

Our fourth speaker of the day was Eoin Cruise the market lead for Microsoft mobile devices in Ireland. Mr. Cruise spoke about the takeover of Microsoft by Nokia. Eoin also spoke about how in 2011 the began thier renewal, followed by their revitalisation in 2012 – everyone loves a comeback – and their growing momentum in 2013 when they decided to be boldly different in both heart and mind before their consolidation in 2014 when they began to gel together. Mr. Cruise also told us about some gems for growth including unified development which is the Microsoft message. Mr. Cruise finished by talking about their comeback and the rising popularity of windows phones which I can vouch for as my own phone is a nokia windows device. Overall, I found Mr. Cruise’s talk very interesting as he showed the single-minded determination of Microsoft to survive intoday’s market no matter what it takes.

Our fifth speaker of the day was Paul Davey, the information technology consultant for IBM (International Business Management). IBM have around 400,000 employees globally and 4,000 in Blanchardstown alone. IBM are responsible for the creation of ATM‘s as well as having claims to the first smartphone ever created. Mr. Davey spoke about Watson, a new technology developed by IBM which can allegedly help to treat cancer. Watson is so popular as the technology can eliminate potentially unnecessary costs and procedures. IBM also create mobile apps for many companies. 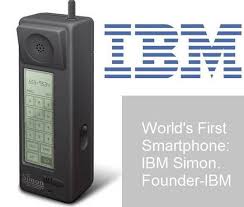 Our keynote speaker for the Get Mobile mini conference was Alex Meisel, the chair of Wiforia and sponge as well as the chair of the mobile marketing association. Mr. Meisel began his talk by addressing common misapprehensions in relation to mobile. First off Mr. Meisel assured us that SMS is not dead by presenting us with somestatistics stating that 145 billion SMS messages were sent in the UK in 2013 alone which is an average of 6.5 messages per head per day sent. After this we were told that mobile advertising is not trivial as it will overtake Newspaper advertising in the UK in 2014. Mr. Meisel then continued to tell us that mobile makes anything a digital gateway stating that marketers needs to make sites mobile accessible in order to maximise sales and revenue as most people will use the internet on their mobile devices before making a purchase. Mr. Meisel also spoke about the need to build a relationship with consumers. Using Birdseye as an example we are shown that using simple methods such as mobile competitions for daily cash give-aways can act as an incentive for consumers to allow companies to contact them via. phone with messages including some product information. Overall, I found Mr. Meisel’s presenation extremely interesting and innovative as he provided new insights and occasionally contradicting viewpoints to topics which we had already heard about from the other speakers as well as providing proof in the form successful marketing campaigns such as the emart sunny sale.

To conclude, I found the 2014 Get mobile mini conference highly interesting and informative as well as thoroughly enjoyable.